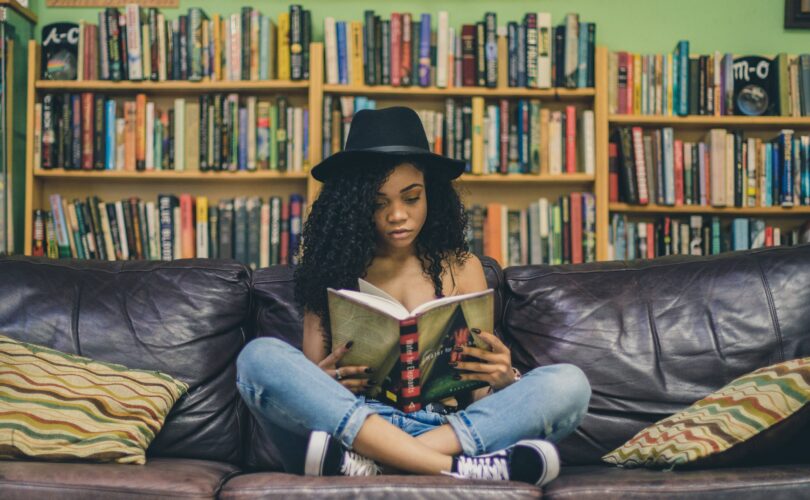 The Alliance of Leadership & Innovation For Victims of Exploitation (ALIVE) Mission is dedicated to ending sex trafficking in the Black community by leveraging awareness and prevention through innovative solution-focused events.

As recently as 2014 the FBI reports 52% of prostitution arrests made under the age of 18 are Black girls.

In 2010 DePaul University published “From Victims to Victimizers” (Raphael, Myers-Powell) depicted the Black experience of Prostitution as a family business “The majority of our sample (60%) came from homes in which prostitution was the family business. Over half (53%) of those with family members involved in prostitution said their mothers were prostituting and/or pimping. Others involved were uncles, sisters, and cousins. Some of these family members prostituted the participants at young ages, often against their will.”

This heartbreaking truth and classification of Black females as both victim and offender, and entire generations interdependent on the sex trade, breathing life into what became ‘Pimp Culture’, is the underlying reason our Vision is to behold a Black Community free from sex trafficking and exploitation.

This realization will only be attained by also addressing the driving force behind the business model that fuels the sex trade, the “Buyer.”  The profile of the buyer as shown in most research is predominately white men, married or in a relationship, with children, educated and employed.

The Movement to end sex trafficking begins with all of us. ALIVE will work toward this goal based on Three Pillars:

To respond to the impact and ongoing harm of exploitation, address cultural barriers and collaborate to heal a hurting community.

By hosting and/or collaborating in large and small-scale events, ALIVE educates communities of color, and society at large, about the urban experience in the sex trade.

ALIVE takes a critical look and addresses obstacles that historically have impacted sex trafficking in the Black community and works with national partners, state, and federal legislators to bring change.

The history of Black people in America is heavily tied to trauma as a result of slavery.
The physical and psychological affects of slavery on the Black American community was and is devastating. Blacks in America are still healing from many aspects of slavery, one of the most devastating aspects being sexual exploitation. The result of this sexual exploitation is generations of normalizing the objectification of the Black female/male body. This damaging idea of Blacks being hyper-sexual was conjured outside the community and accepted inside of our community by many and still continues.

The Black community in America have been faced with the heavy burden of dealing with sexual exploitation for hundreds of years.
The psychological impact of years of this sexual exploitation attributed to the weakening of our cultural identity and mental mind conditioning that accepted the inauthentic identity imposed on us, has left many of us miseducated on this issue.

In more recent years events like the crack epidemic,  American Welfare system, red lining and mass incarceration of Black males, but not limited to, all played a factor in the continuation of the cultural breakdown of the Black community and family unit. Pimping and Hoeing as it was so often called, became a way out of poverty in many urban Black American communities.

Many in the Black community had a close encounter (whether in their own family or a family they knew) with someone in the Pimping and Hoeing life-style. It is during this last decade our has nation been awakened with the true education of sex trafficking. The Black community has been hit the longest, and data shows even the hardest in our nation, have only recently been enlightened to their miseducation of this dark epidemic.

Cultural competency is significant because it will majorly influence one’s approach to combating sex trafficking.
Understanding and attaining competency with the culture of human sex trafficking and how it plays out in the Black culture is significant. There are different cultures even within human sex trafficking and so it is not the case of one size fits all regarding ones approach.
For example; the notion of every person victimized in human sex trafficking was kidnapped, chained with mouths taped shut. Most reported victims and survivors of sex trafficking were coerced, forced or manipulated in by fraud. There are still others that chose the life of sex trafficking as a vehicle out of a life of poverty.
Once the competency of how persons ends up in the human sex trafficking is attained it is time to understand what impact trafficking is having on specific cultures regarding race. To understand the effects sex trafficking is having on Black marginalized communities one must understand the strengths as well as challenges of our community.
Even within Black marginalized communities there are cultures within cultures. Not all people in that community think, respond and have the same level of resources available to them. On the other hand when we look at the impact on human sex trafficking in the middle-class and affluent Black community, we see a closer thought process, response and a greater access to resources to include sex trafficking education.
The last but definitely not least piece to the cultural barriers is Pop Culture, specifically the Hip-Hop industry and movement. Hip-Hop which originated to tell the story of the political and living strife of Black urban and marginalized communities has become a far reach from what it has evolved into. Hip-Hop and it’s powerful world influence have heavily embraced the objectifying and exploitation of individuals with Black females being among the top.
This exploitation can be seen in Hip-Hop music videos and heard in the music with songs like “Rake it Up” by Yo Gotti featuring Nicki Minaj. “Rake it Up” has a chorus line that says “I tell all my hoes rake it up.” The music video showcases female rap Queen Nicki Minaj along with other females in a short dress and high-heel shoes with a yard rake dancing provocatively while raking up paper money to Yo Gotti rapping the lyrics “I tell all my hoes rake it up, break it down, back it up.” This song pays homage to the pimping and hoeing concept, as well as the strip dancing industry. The normalizing of songs like this along with celebrating strippers who have created massive successful lives like A-list Hip-Hop female rapper Cardi B., who lends her success to it, also presents a major cultural barrier.
It is naive to think one can heal a community without recognizing and understanding the cultural barriers that exist within it. Having a community heal itself is not only vital it is absolutely necessary.
We at ALIVE are dedicated to addressing these cultural barriers to do what is necessary to heal a hurting community.

ALIVE is a 501(c)(3) nonprofit
organization.
For any media and/or press inquires, please contact us at;